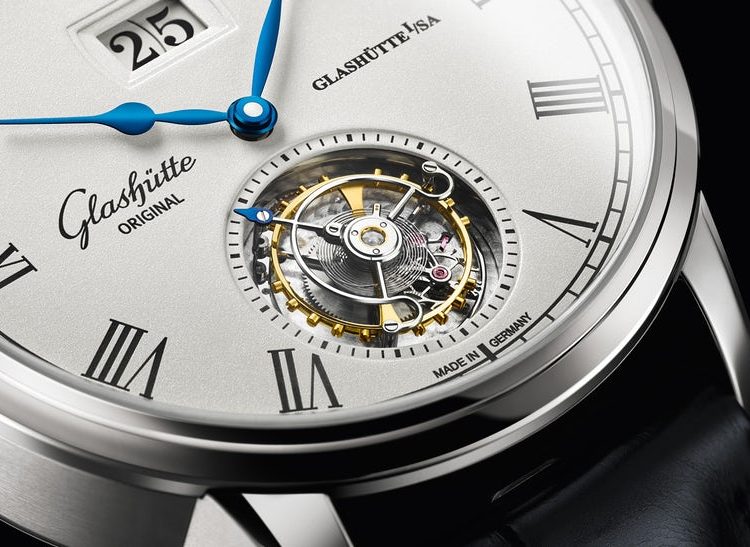 This watch is a limited version of the Tourbillon with a history of intricacies. The name of this watch is Alfred Helwig, head of the watch school at Glashütte who invented the Flying Tourbillon in 1920. Glashütte modifies an existing model to be a tribute.

This watch was first released in 2013 and was named Senator Tourbillon. This watch features a 42mm white gold box with a thickness of 13.7 mm. In addition to displaying hours and minutes, we find the Flying Tourbillon on the sixth hour index. 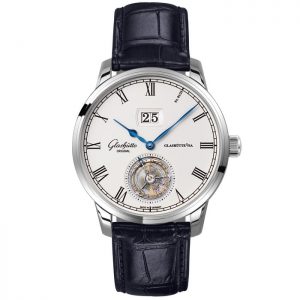 There are some things that make this clock far from the normal and original version of port color ie silver instead of glossy black, making reading time easier and more convenient to look at. The second is the X / 25 on the hourly index.

This watch operates with a 94-3 automatic movement, the same movement as the original, with a 48-hour power supply.

The outer frame is made of 21 carat gold and the center of the movement is the Flying Tropion, which allows to see the movement. 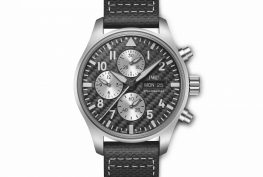 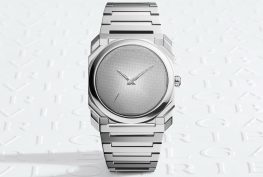 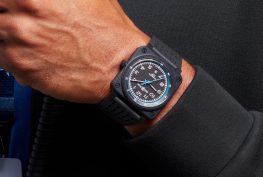 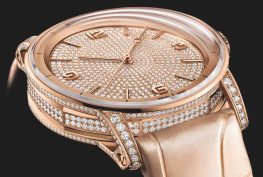